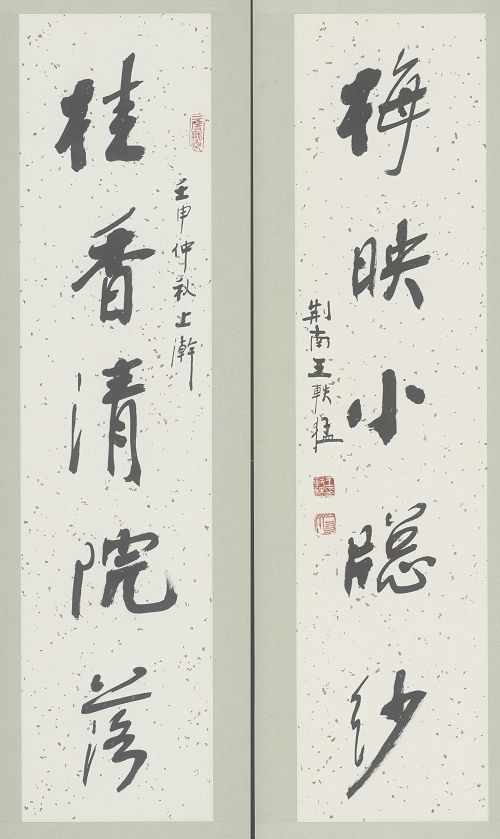 The style of Wang Yi-Meng’s (1922-2014) Chinese Calligraphy is based on the regular script and incorporates features of the cursive script; the strokes of his characters are stable but not cheesy; intriguing but not wired; experienced but not dull; round and bold but not fat. In a nutshell, it looks sharp. His cursive script is unworldly, magnificent, and ethereal; his writing on banners is powerful and controlled with flesh and bone which have become his unique style and are widely praised. Mr. Wang’s Chinese calligraphy works are highly reputed on both sides of the Taiwan Strait and are collected by many national museums.
Focus：This year marks the fifth year of Mr. Wang Yi-Meng’s passing away. Mr. Wang devoted his efforts to Chinese Calligraphy and had close to 100 Chinese Calligraphy works in his senior years. His manuscripts, personal seals and books are also exhibited in the exhibition to display his artistic style and achievements.